Students Join in Contest to Name Next Mars Rover 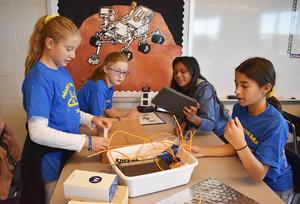 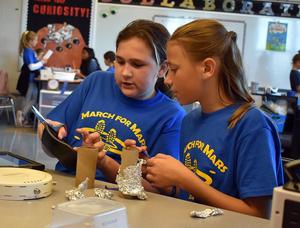 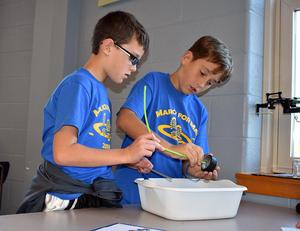 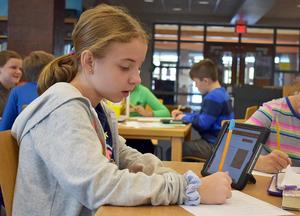 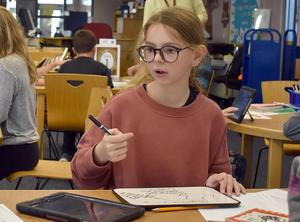 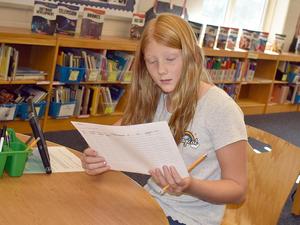 Mars Area Centennial School students are joining in a challenge to name NASA’s next Mars rover.

The “Name the Rover Challenge,” open to students (Grades K-12) across the United States, requires students to submit a rover name along with a short essay explaining its appropriateness and significance.

In their Media Studies classes, Mars Area Centennial School fifth- and sixth-graders researched background information on previous rover missions and the Mars 2020 Rover Mission, which will seek signs of past microbial life; collect surface samples for a potential Mars Sample Return campaign; and test technologies that could produce oxygen from the Martian atmosphere to prepare for future human missions. Students then brainstormed ideas; created word webs; selected a rover name; and gathered evidence to support their choice.

In the next week, students will compile their research into their final 150-word essay that will be submitted to NASA for the contest. The students will then type their submissions and create digital posters with their essay and a picture of the rover.

In addition, Mars Area Centennial School students are learning more about the Mars 2020 Rover and its mission in their STEAM (Science Technology Engineering Art Mathematics) classes

The students are working on a project to design and assemble parts for a model rover, simulating how the NASA Jet Propulsion Laboratory (JPL) designed and built the Mars 2020 Rover. Students were assigned to small groups or “crews,” each of which was asked to address a specific part, purpose of the rover — Body & Brains, Camera, Microphones, Wheels, Arm, Sample Handling, and JPL Power & Communications.

Students were given a specific amount of time to create their rover component using a provided set of random materials. The students then presented their part to the rest of the class or “rover assembly team.”

Mars Area Centennial School students will continue to work on the project through the “Name the Rover Challenge” submission deadline of Friday, Nov. 1.

Semifinalists and finalists will be announced in January 2019 and the Grand Prize Winner on Tuesday, Feb. 18. The grand prize winner will receive a trip to see the Mars 2020 Rover Launch.